The Restoration of The Third Colour

of The Queen's (Second) Royal Regiment of Foot

The 1st Battalions of The Princess of Wales’s Royal Regiment and its immediate forebear, The Queen’s Regiment, have had the unique distinction of still retaining a Third or “Colonel’s” Colour. This is an honour inherited from The Queen’s (Second) Royal Regiment of Foot.

At one stage, there were a large number of Colours within a Battalion, which were used as rallying points for each grouping on the battlefield. This number eventually fell to a total of three; one for pikemen and two for the two wings of musketeers. In about 1700, the bayonet was brought into service, pikemen were removed from battalions’ establishments and there was no longer the requirement for a Third Colour. The Regiment originally ignored the order for its removal, but it was eventually laid up in 1750.

The restoration of the Third Colour (which had been found at Kilmainham in Ireland) to the Regiment took place on the 31st January 1825 at Chatham. Lady Torrens, the wife of Major-General Sir Henry Torrens, KCB, Colonel of the Regiment and Adjutant-General, made the presentation to the Regiment.

The Regiment was drawn up in line with bayonets fixed; the men dressed in greatcoats against the cold weather. On the arrival of the Presentation Party on the ground the Regiment formed square. In the middle of the square Lady Torrens presented the Colour, which she had worked herself, the old Colour being so much in rags that it could not be carried. As Lady Torrens gave the Colour into the hands of Ensign George Raitt she said, “May the Lamb plead for mercy in the hour of victory.” The band played the National Anthem and the Regiment presented Arms. Major-General Torrens then addressed the Regiment in a rather long speech. He ended his speech with these words: “Upon this occasion, soldiers, I would say nothing of myself, but the present moment is so intimately associated with her who has worked this Colour, and my military pride, as your Colonel, in seeing your ancient banner again committed to your charge, that I should really be devoid of feeling which ought to actuate a man and an officer so fortunately situated, if the same did not elicit some expression of sentiments which weight upon my breast. I should fail, however, in any attempt to say all that my feelings would dictate. But I must assure you that I look upon it as one of the most distinguished events in my life that I have consigned to me, as your Colonel, the gratifying duty of carrying into effect His Majesty’s gracious commands, that this honour should be restored to your Regiment”, (The speech was quite longwinded!).

The Regiment, with Major-General Torrens at its head, then marched past the Colour, saluting; the Grenadier Company moved forward and formed in front of the Colour and when the whole Regiment had passed they marched with the Colour to the left wing, the Band playing the ‘Grenadiers’ March’. Ensign Raitt, holding the Colour, then stood a few paces in advance of the King’s and Regimental Colours, when the whole Regiment presented arms. Lady Torrens then left the ground.

The newspaper from which this extract has been taken adds; “It is not, perhaps, too much to say that the Queen’s Royals are at this moment a military spectacle in discipline, conduct and efficiency that they can hardly be excelled. During the last twelve months a corporaI punishment has not been inflicted in the Regiment, nor could a stronger testimony be borne to the affection and interest their Colonel has ever evinced for his Corps than the proud appearance it made on this interesting occasion.” In the evening after the parade the men were entertained with an excellent dinner at the expense of their Colonel and during dinner they were visited by Lady Torrens and a large party of her friends. The newspaper concludes with the remark “It is a most extraordinary circumstance that Ensign Raitt, who received the Colour on this occasion, is a descendant of the Officer who ”.

The Regiment was inspected at Colaba, India on the 24th June 1825 by Major-General S Wilson, Commanding the Presidency Division. The General reported very favourably of the appearance of the Regiment and also of their drill. The Commanding Officer, Lieutenant Colonel Williams was reported upon as a very zealous, painstaking and capable officer. The Inspecting Officer also reported that the Regiment had three Colours, the Third having been lately discovered in one of the Royal hospitals in Dublin and, by command of the King, restored to the Regiment. 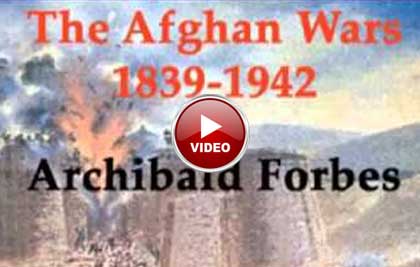