The Princess Of Wales's Royal Regiment

The intervention of coalition military Forces in March 1003 brought to an end a brutal regime that begun with Saddam Hussein seizing power in 1979.

Following the end of the first Gulf War in 1991 the sovereignty of Kuwait was restored.

Restrictions were imposed on Iraq but due to many circumstances the second Iraq War started in 2003 lasting from March to July 2003. After this, operational tours under the Heading of “Operation Telic” were carried out.

The Regimental Tours were:

The 1st Battalion’s tour of 2004 has been well documented with Richard Holmes’ book “Dusty Warrior”, L/Cpl Beharry’s VC book “Barefoot Soldier” and Dan Mills’ “Sniper One”. It should be noted that in all the tours the Battalion strength was boosted by members of the 3rd Battalion and B Company The London Regiment – The Territorial Army.

The list of awards shown are for Iraq only. The 1st Battalion being Armoured Warrior tended to fight more in contact whilst the 2nd and 3rd Battalions carried out no lesser dangerous tasks, but were involved more with escort, protection and escort on main supply routes, training Iraq forces and patrols in exposed border areas. All these operations were carried out in soft skin vehicles. The Citations are not in full but give a good picture of the actions. At the time of going to print we are the most decorated Infantry Battalion for Iraq awards in the Army.

The first issue concentrated on the successful 1st Battalion tour in Iraq in 2004. This re-issue includes both 1st and 2nd Battalion awards and the 3rd battalion between 2004 and 2007. The total of awards is: 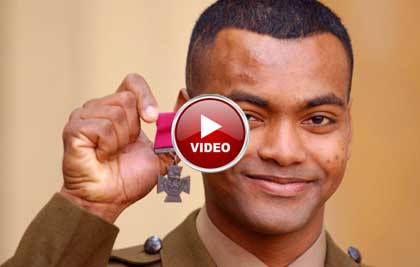