Further reductions and amalgamations brought about the formation of a new large Regiment, The Queen’s Regiment, which represented the counties of Surrey, Kent, Sussex and Middlesex was formed on 31st December 1966. The Regiments amalgamated were:

Initially, each of the new four-battalions of the Regiment kept its direct county affiliations; for example, the 1st Battalion became 1st Battalion The Queen’s Regiment (Queen’s Surreys). The suffixes were dropped, however, in 1968, once it became known that the 4th Battalion was to be disbanded. Close ties were retained, though; the majority of the chattels (mainly pictures and Regimental Silver) within the 1st Battalion were Queen’s Surreys related. For most of its short history The Queen’s Regiment consisted of three regular battalions (1st, 2nd and 3nd) and two Territorial Army battalions (5th and 6/7th).

Operations were dominated by Northern Ireland and counter insurgency. During the 1970s and 1980s the majority of deployments were for four to six month periods. The 1st Battalion (Queen’s Surreys) was one of the first battalions to deploy on the streets of Londonderry in 1969 and, at first, the troops were especially welcomed by the local Roman Catholic population. Most of the initial work was spent placating and separating the rival religious communities. Gradually, the Irish Republican Army gained more support for its aim to achieve a united Ireland by violent means and a bloody campaign of terrorism began in earnest in the early 1970s; the Regiment was to be fully committed in the attempts to obtain peace for the next twenty years.

The other dominating activity during the Queen’s Regiment’s existence was the Cold War. All of the Regiment’s regular battalions served for tours in West Germany, as part of the NATO forces and The British Army of the Rhine facing The Warsaw Pact; the 1st Battalion was the last to serve there at the end of the Cold War, prior to further amalgamation. Part of the training packages included realistic live-firing exercises in Canada. The 5th (Volunteer) Battalion role was to reinforce the British effort in West Germany in time of war and it trained there regularly. The 6th/7th (Volunteer) Battalion was responsible for Home Defence.

Other Regimental tours took place to Cyprus to aid the United Nations’ efforts to keep the peace between Greek and Turk, to Belize to thwart potential Guatemalan aggression and to garrison duties in Gibraltar. Howe Barracks, Canterbury, was the site of the Regimental Headquarters and often served as a home for one of the regular battalions during this period. Canterbury also contained the Headquarters for The 5th (Volunteer) Battalion, whilst the 6/7th Battalion Headquarters was in Horsham. The latter Battalions still maintained Territorial Drill Halls in Surrey, at Guildford, Farnham and Camberley. 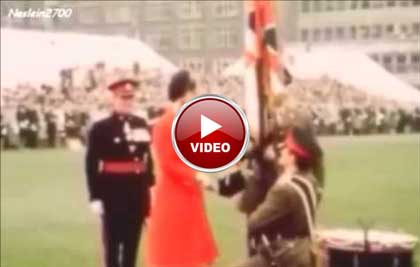 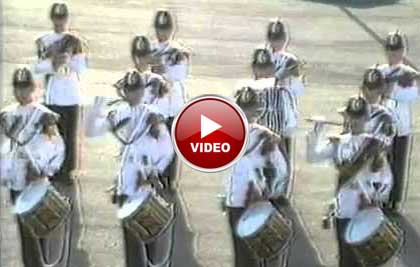