Stoughton Barracks, Guildford
In 1851, the Government offered £100,000 to Guildford Corporation for building a barracks for 20,000 soldiers on the Hog’s Back. The offer was declined, but in 1873 Edward Cardwell, Secretary of State for War, chose Guildford as the site for the 2nd Regimental District (Infantry) to be known as Stoughton Barracks. Barracks were being built in county towns in order to link regiments to districts, and The Queen’s (Second) Royal Regiment, was allotted Stoughton Barracks as the Regimental Depot.

The barracks were completed in 1876, designed to house 300 Queensmen and be the headquarters of the 2nd Surrey Militia when they were called up for training. Its first title was ‘The 48th Brigade Depot’, but this was abolished in 1881 when The Queen’s (Second) Royal Regiment became The Queen’s Royal (West Surrey) Regiment. A married quarters block was built opposite the barracks in 1879 and by 1881, 500 men, women and children were living in Stoughton Barracks. The imposing entrance and the Keep made it a local landmark. Between 1905 and 1936 various buildings and extensions to existing buildings were added to the original plan.

During the First World War, Stoughton Barracks was also an army recruiting centre. Early in 1939 wooden huts were built to provide more accommodation in anticipation of the outbreak of the Second World War, and during the war the barracks became a reception and training centre for Infantry recruits.

From 1945 to 1949 the Depot was also a Primary Training Centre (PTC) for men called up for National Service. However, as a result of the Malayan Emergency and the outbreak of the Korean War the establishment was increased to provide a full training programme for recruits.

The Queen’s Royal Regiment left Stoughton Barracks in 1959. It had been its home for so many years and thereafter, until the last military occupants left in 1983, it was used as a Pay Office, Records office and an Army Works Study Team Centre.

In 1983 it was sold to Countryside Properties plc with permission to develop the eighteen acre area for residential use, but keeping many of the original buildings such as the Keep, the Officers’ Mess, some of the barrack blocks, and the wall and arch facing Stoughton Road.

Throughout the refurbishment of the original Victorian military buildings the firm Countryside Properties sought to preserve and where necessary fully restore their external fabric. 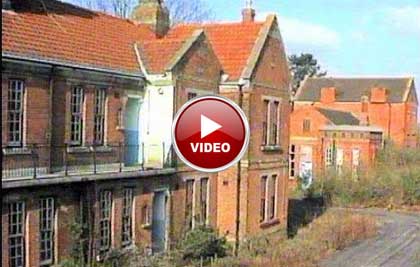