Born in Lincoln on 12th August 1893, Leonard James Keyworth first attempted to join The Lincolnshire Regiment at the outbreak of war in 1914. Rejected, but undismayed, he joined the 24th London Regiment on 16th September 1914 and was soon destined to bring them credit and glory.

On the night of 25th/26th May 1915 the battalion had made a successful assault on a German position and were endeavouring to follow it up with a bomb attack against fierce opposition.

He was decorated with his Victoria Cross by HM King George V at Buckingham Palace on 12th July 1915. Later, with two VCs from other regiments, he received a hero’s welcome in Lincoln. At his old school in the City he addressed the assembled staff and pupils and his decoration was passed round among them.

He died of wounds in France on 19thOctober 1915 as a result of a head would received in action at Noux-les-Mines and was buried in Abbeville Communal Cemetery. His name is on the City of Lincoln War Memorial and on the Great War Memorial in Silver Street Methodist Church, Lincoln, and in his memory Dantzic Street, Southwark, London, was renamed Keyworth Street.

His Victoria Cross was later purchased by his old Regiment for £460.

“For most conspicuous bravery at Givenchy on the night of 25-26th May, 1915. After the successful assault on the German position by the 24th Battalion, London Regiment, efforts were made by that unit to follow up their success by a bomb attack, during the progress of which fifty-eight men out of a total of seventy-five became casualties. During this very fierce encounter L/Cpl Keyworth stood fully exposed for two hours on the top of the enemy’s parapet, and threw about 150 bombs amongst the Germans, who were only a few yards away”. 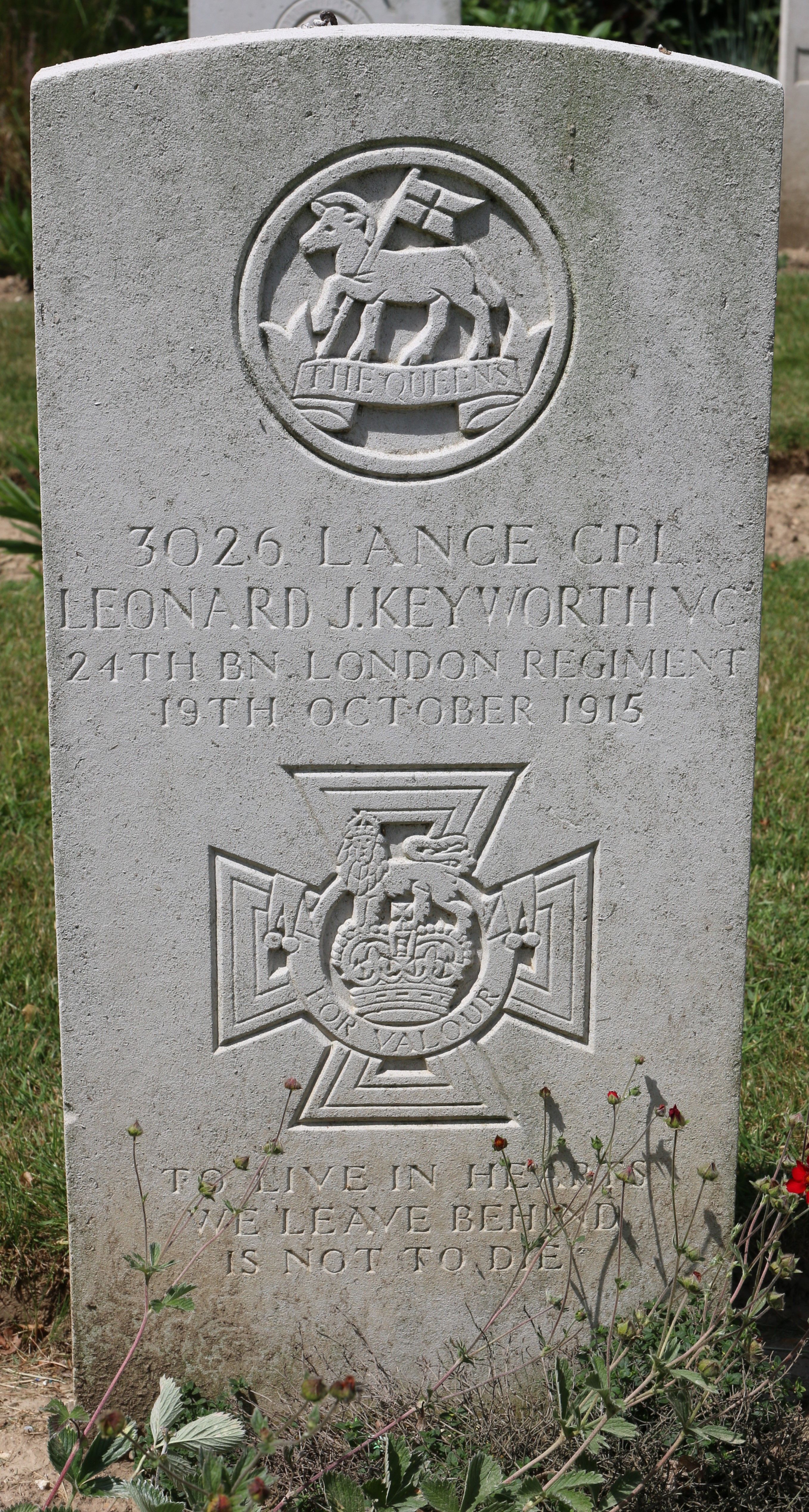