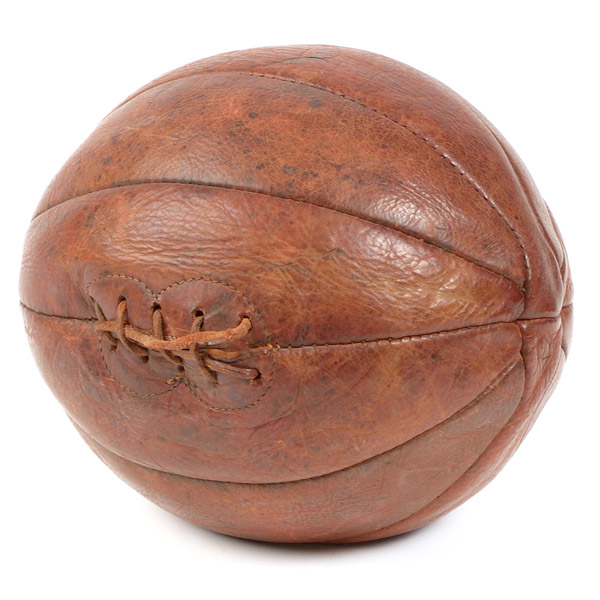 On the 1st July, 1916, under heavy enemy fire, the 8th Bn. East Surrey Regiment were waiting in their trenches ready to go "over the top" in the first Battle of the Somme. Their objective was Montauban Ridge.

Captain WP Nevill, attached from the East Yorkshire Regiment and commanding "B" Company had purchased four footballs for his platoons to kick across No Man's Land "subject to the proviso that proper formation and distance was not lost thereby". Captain Nevill promised a reward to the first platoon to score a "goal" in enemy trenches.

At 7.27 a.m., led by Nevill, "B" Company climbed out of their trenches and the attack commenced. In the face of murderous fire, and sustaining heavy casualities, they charged across the intervening ground with the footballs bouncing encouragingly before them. The combination of Nevill's initiative and their gallantry proved successful and they gained their objective on the Ridge. Sadly, Nevill was not there to pay the reward. He had been killed just outside the German wire. Two of the footballs were found there later.

The Regiment's valour did not go unrewarded that day. The 8th Battalion was awarded two DSO's, two MC's, two DCM's and nine MM's.