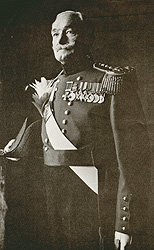 Commanded 1st Bn The Queen's Royal Regiment from December 1943 to September 1944. He also commanded at various times the 2nd , l/5th and l/6th Battalions and 2nd Bn The East Surrey Regiment.
Harry Graham Duncombe was born on 28th January 1902 and enlisted in the ranks in The Scots Guards during the 1914-18 War and was commissioned in The Queen's Royal Regiment in August 1926. His service between the Wars took him to China, Malta, India and Palestine and included duty as adjutant of the 1st Battalion. In 1940 he was for some time adjutant of the 2nd Battalion in the Western Desert. In November 1943 he was appointed to command the 2nd Battalion and in the following month transferred to command the 1st Battalion in Burma and led it in the operations in Arakan and at Kohima.
In September 1944 he was repatriated to UK. After other appointments he commanded the 1/5th Battalion from August 1945 to April 1946, the 1/6th Battalion from June 1946 to February 1947 and 2nd Bn The East Surrey Regiment from March 1947 to June 1948.

In 1935 he was awarded a Viceroy's Certificate of Commendation after the Quetta Earthquake and in 1940 was Mentioned in Despatches. For his inspired and gallant leadership of the 1st Battalion in the Burma Campaign he was awarded the DSO. He retired from the Army on 20th September 1952.

In 1959 he was appointed Regimental Secretary of The Queen's Royal Surrey Regiment and on retirement from this appointment in 1965 became a Military Knight of Windsor.

For further details of his service see The East Surrey Regiment page 105 of this album.

For obituary see The Queen's Royal Surrey Regimental Association Newsletter No.29 May 1981 page 11.