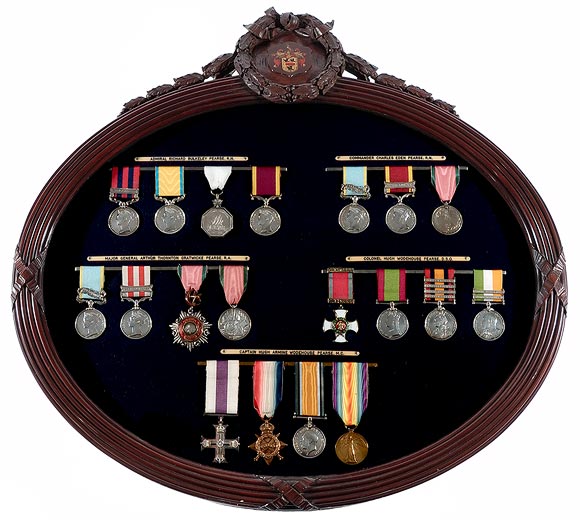 Comprising the medals of:- 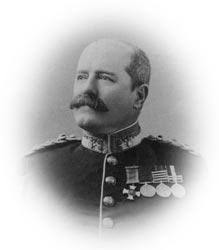 Hugh Woodhouse Pearse had a long and distinguished career in the 70th Regiment and after the Cardwell Reforms of 1881, the 2nd Bn The East Surrey Regiment. He had joined the 70th Foot in India in 1875 and saw active service during the period of the 2nd Afghan war. He saw much service in India and later the Boer War. In 1899 he was appointed Brevet Lieutenant Colonel and Mentioned in Despatches.

In 1901, he was promoted to command the 2nd Bn The East Surrey Regiment after Colonel Harris had been wounded. In General Kitchener's final despatch, Colonel Pearse received another Mention in Despatches and was awarded the DSO for his services during the war. In 1903, under his command, the 2nd Battalion left Durban for Lucknow, India.

At the end of his period of command he had served thirty years with the same battalion. Subsequently, he was promoted Colonel. He retired in January 1911 after thirty-six years service.

Colonel Pearse was the author of several books, but his most important work regimentally was the writing of The History of The East Surrey Regiment, 1702-1914. This was published in 1916, but he had already commenced work on Volume II 1914-1917. Sadly, because of his untimely death in October 1919, this volume was completed by Brigadier-General HS Sloman CMG, DSO.