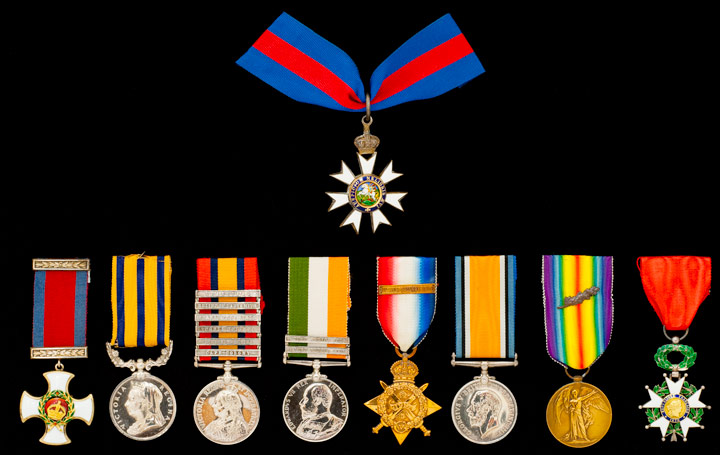 One remembers "Woulfy" before the First World War as a sincere and courteous gentleman, taking life rather seriously but always with time for a kindly word or a kindly deed for any member of the 1st Battalion, with whom he was then serving in Ireland. Though modest and retiring in disposition, he maintained the most strict discipline in his company and was a thoroughly practical trainer of men.

His "greatness" came to light when the 1st Battalion went into action in 1914 and "Woulfy" proved himself to be a man of exceptional courage: during the severe fighting in the Retreat and in the battles of the Marne and the Aisne his gallant leadership was an inspiration not only to his company but to all members of the Battalion who came in contact with him.

Though severely wounded on the Aisne, he returned to the Battalion the following year as Second-in-Command, and took over command just as the Battalion was going into the severe fighting on the Somme, where it took part in the battles of Longueval, Delville Wood, Guillemont, etc. It was not until August, 1917, that Lieut. Colonel Woulfe Flanagan eventually relinquished the command of the 1st Battalion, which he had held with great distinction since July, 1916, and during which period he had been awarded the C.M.G. and the D.S.O. for his outstanding services.