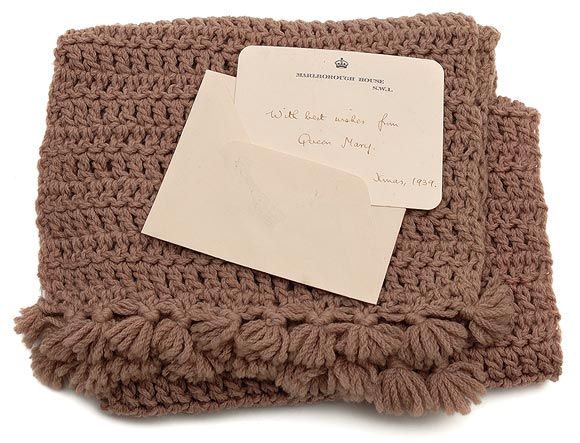 Throughout the 1939-45 war a very active Regimental Welfare Committee functioned under the chairmanship of Colonel GN Dyer. Over 90,000 knitted comforts were sent to the various Battalions of the Regiment, which included 106 scarves personally crocheted as gifts for officers by Her Majesty Queen Mary. She also subscribed to the Regimental Welfare Fund, which assisted returning prisoners of war and dependants of men killed on active service.

Each scarf was accompanied by a hand written note from Queen Mary as depicted here. 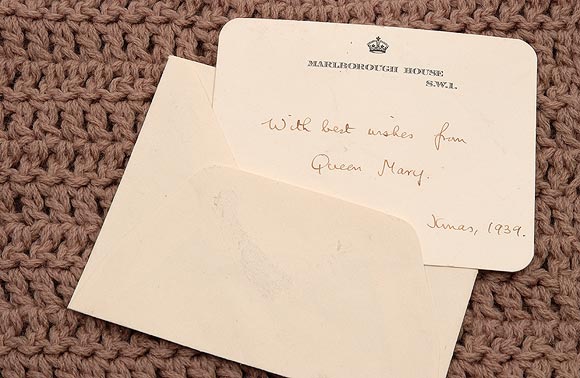